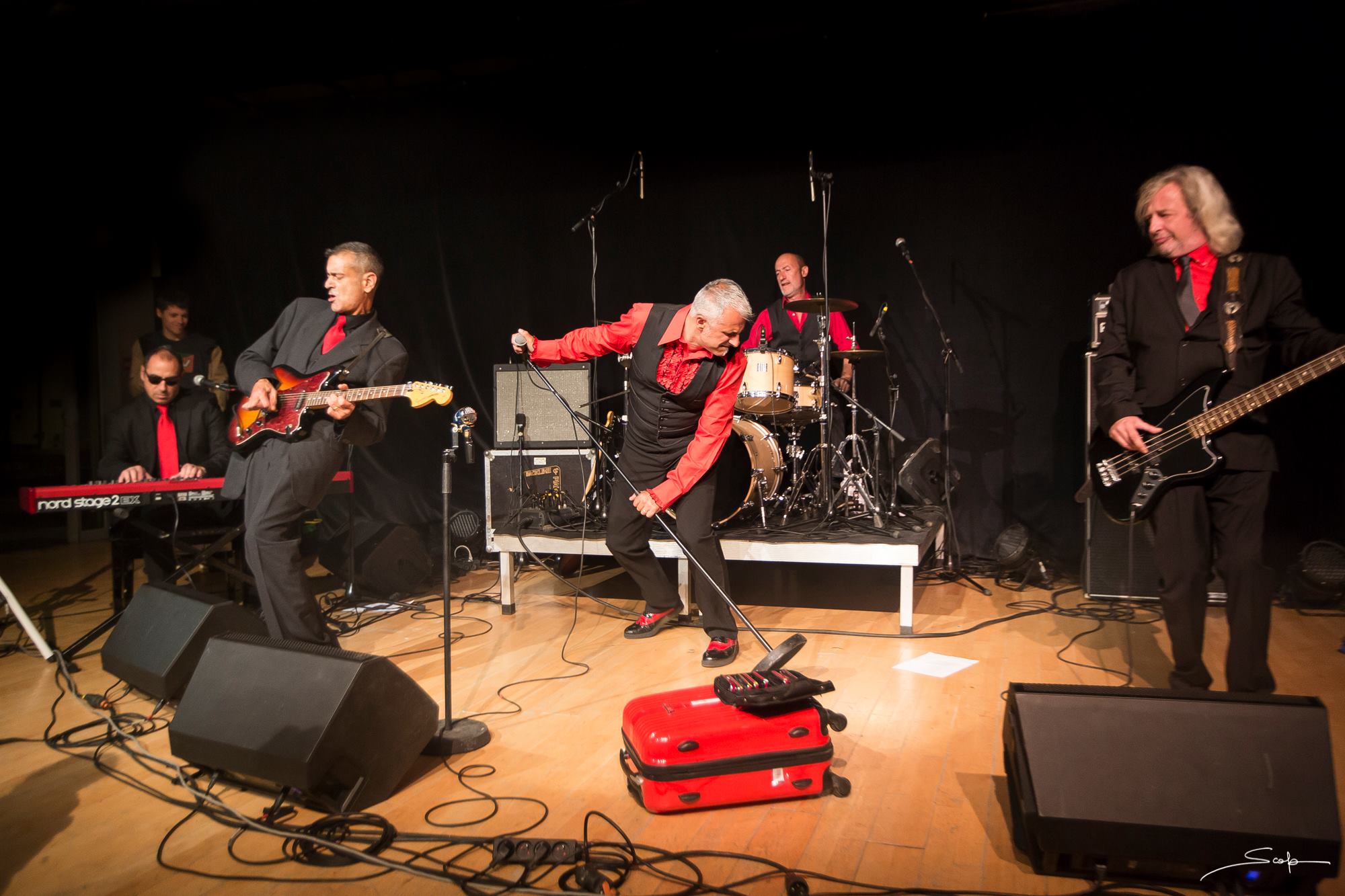 Everybody needs a den, a place where you can recharge batteries, all the more than you live a rogues’ life. This place exists for Blues and Rock lovers who live in South Paris : the legendary Le Plan in Ris Orangis. In this small venue which could host 150 people, you could drink, eat and even smoke while listening to the performances of now-cult bands like The Ramones, Motörhead or The Inmates. It is the place where the Shaggy Dogs to be had their first and strongest musical emotions, encouraging them to give it a try and cover their favorite Rock anthems.

It all started with a Tribute To Lee Brilleaux, Dr Feelgood’s leader. The journey had begun, and they were to raise the flag of an energetic and sincere Rock. Since then, our ‘Pub Rockers Class Heroes’ have brewed their own “Fiesta Blues’n’Roll” version of their heroes’ nectar. Seven albums later, endlessly touring in France, Europe, Canada and even Japan, the hounds bite deeper than ever.

Red, the singer and harp player of the band, decided to hunt the right producer by looking into the credits of his favorite albums. Trusting his instincts and his love for a Nine Below Zero recording, he got in touch with Gary Bromham, not even knowing that he had worked with U2, Björk and George Michael! The British producer immediately understood that the variety of their cultural influences had to be highlighted. The result of their collaboration is their new opus, All Inclusive, a subtle production exploring new musical directions.

Take-off starts with ‘Blues Steady’, a wild calypso sounding like an invective to rude boys’ dances. Willy Deville would not have denied ‘El Dia De Los Muertos’ and its latino Rock flavor. Ben, who joined the band for the first time during a memorable gig at the New Morning, in Paris, in 2016, brings a touch a modernity with his vintage piano. Clever compositions, among which ‘New York City’ or ‘Time To Go’ and its Hammond flights, are carefully honed around his keyboards. We then leave the virtual world with ‘Facebook Fury’ and its boogie intro, paving the way for Jacker’s wild guitar. As a disciple of Wilko Johnson and Link Wray, he takes no prisoners, firing his instrument like a machine-gun. In the cockpit, the rhythm section grooves perfectly, featuring ‘Metronome’ Toma and ‘Shuffle’ Guilermo.

Always finely dressed, the dogs stand guard. And to go onboard their new time machine, you need to prove your credentials : no showing off, sadness or preconceived ideas. Enter into their spatiotemporal crack and rediscover the Rock’n’Roll big bang!

Join this All Inclusive cruise with Shaggy Dogs. Satisfaction guaranteed!